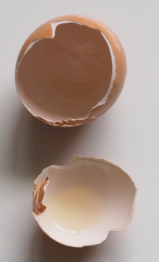 Make an effort – add an egg

In this post we look at an urban myth which supports the previous post about adding in some level of effort in order to increase buy in to what you are providing. We heard about this story over 20 years ago from a University lecturer and it is only on further investigation we realise it may not be entirely true.

“When Pillsbury and the other big companies were working to develop their cake mixes in the 1940s, the question of whether or not to include dried eggs was a major in-house debate.”

A researcher investigated home makers’ feelings around using cake mixes. “Dichter reported that the very simplicity of mixes — just add water and stir — made women feel self-indulgent for using them. There wasn’t enough work involved. In order to enjoy the emotional rewards of presenting a homemade cake, they had to be persuaded that they had really baked it, and such an illusion was impossible to maintain if they did virtually nothing. “This is typical of what the average housewife said: ‘Yes, I’m using a cake mix; it saves me a lot of trouble but I really shouldn’t,’” Dichter wrote later. His advice was to leave the homemaker something to do — for instance, add the eggs — whenever she made a cake from a mix. She would feel she had contributed something of herself, and the mindless nature of the task would no longer plague her.”

“The egg theory, with its emphasis on the homemaker’s personal investment in the cake, set the tone for much subsequent advertising (“You and Ann Pillsbury can make a great team”) and has been widely acknowledged as the insight that saved cake mixes.”

Read the full post and analysis of the history of the easy to bake market here.

We help businesses to grow through practical and creative training, coaching and marketing services.

“I thought it was great and exactly what I needed. I have utilised some of it and will continue to work through it.”